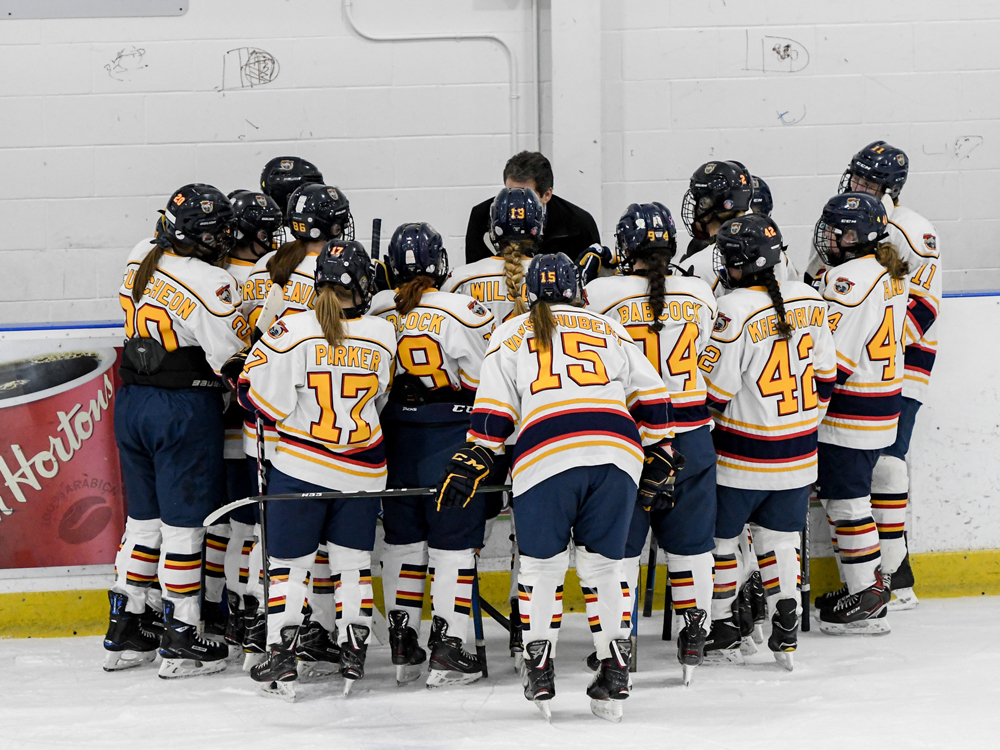 As the school year draws to a close and thousands of students across Ontario will be celebrating their graduation from secondary school, ten of our graduating Barrie Sharks players will be making plans to continue their education and hockey at the post-secondary level starting this fall. The Barrie Women’s Hockey Association, and the coaches and staff of the Barrie Jr. Sharks are thrilled to congratulate the following graduating players who have committed to play university/college hockey in Canada and the United States for the upcoming 2021-2022 season:

“In a season unlike any before, we couldn’t be prouder of how our players persevered and worked harder than ever,” said Ed Mauro, Head Coach of the Barrie Jr. Sharks.

“These commitments demonstrate the strong character and work ethic of our players,” said Jr. Sharks General Manager, Ted Dean. “This isn’t just the result of dedication on the ice, these players all excelled in the classroom as well - a remarkable achievement while succeeding in sport at an elite level.”

Barrie Women’s Hockey Association President Rob Whitehead thinks these players reflect the commitment and work ethic of those who shape the Barrie Jr. Sharks program. “I congratulate our players for attaining their goal of continuing their educational and hockey pursuits at a higher level after graduation, and also our Head Coach Ed Mauro and General Manager Ted Dean for the successful program they have built,” said Rob Whitehead. “Ed and Ted worked tirelessly this season to promote our players and to connect them to college and university programs across Canada and the United States.

The Barrie Jr. Sharks are an elite u22 level women’s hockey team that compete in the Provincial Women’ Hockey League. Founded in 2004, the PWHL is the highest level of women's amateur ice hockey in the world and is sanctioned by Hockey Canada and the Ontario Women's Hockey Association. Past PWHL alumni have included current and former National Women’s Hockey Team members Meghan Acosta, Laurie Fortino, Haley Irwin, Natalie Spooner and Jennifer Wakefield among many others.